This post was originally published on Climate Progress and has been reposted with permission. 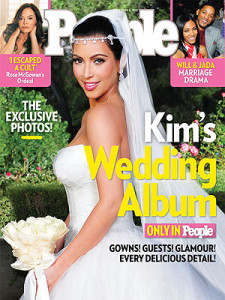 So with states once again representing the major driver for renewable energy, how can they keep the momentum going at a time when federal enthusiasm is at its lowest level in years? The key, according to a new report from the Brookings Institution, is for states to focus not just on project-level deployment, but to shift some funds toward support broader sustainable economic goals that foster the clean energy economy from the ground up.

And there are still a fair amount of funds to work with on the state level, as the below map illustrates: 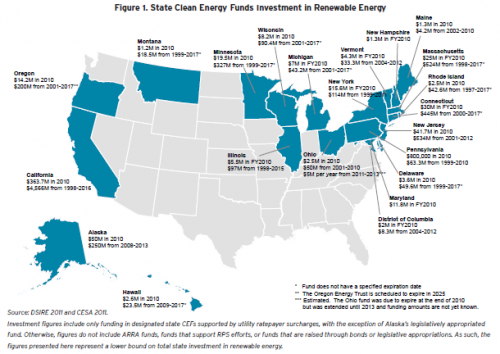 Historically, states with clean energy funds have focused expenditures on rebates, direct loans or performance-based incentives in order to encourage development of commercial and residential projects. The funds are raised through electricity surcharges, carbon auctions, utility penalties for not meeting clean energy targets, issuing bonds, and a variety of other methods.

These funds are found in 20 states and represent about $500 million of per year in revenues to support renewable energy and efficiency. They’re extraordinarily important tools for encouraging project activity — ultimately helping ratepayers and businesses invest in projects themselves. But they don’t always help create the “bottom-up” solutions that help multiply the economic impact, say analysts at the Brookings Institution:

In short, for most of the last decade, state clean energy funds have served the nation and its regional and state economies as a critical and innovative source of much-needed public capital supporting the installation of clean energy technologies in American regions.

For all the good the funds have achieved, project-only financing—needed as it is—will not be sufficient to drive the growth of large and innovative new companies or to create the broader economic development taxpayers demand from public investments. Also needed will be more focus on the deeper-going economic development work that can create a foundation to grow whole new industries.

Creating an integrated clean energy economy is about more than simply deploying renewable energy projects. It’s about putting the structures in place to support technological innovation, boost local manufacturing, and create the supply chain to support a new industry.

The authors point to states like California, Massachusetts and New York, which have set aside good chunks of money from these funds to create cleantech research hubs, business incubators, and worker training programs. These help build the industry from top to bottom and potentially keep greater amounts of economic value within a state.

For example, according to figures released from the Massachusetts Clean Energy Center released this fall, the commonwealth now boasts 64,000 green jobs — with the workforce in that sector growing 6.7% between July of 2010 and July of 2011, while other industries grew on average 1%.

This is the type of economic multiplier that other states could realize with a greater deployment of funds toward “clean energy economic development.” Roughly $3 billion has been set aside for clean energy funds in the last 10 years. But only a sliver of those funds have been deployed for activity other than project-level deployment.

The Brookings researchers recommend shifting about 10% of funds toward broader economic development activities:

Once almost exclusively focused on building individual projects, state clean energy funds are already beginning to focus more on building whole industries. Now, in hard times, the funds’ transition from project development to industry creation should be nurtured and supported.

At a time when Congress can’t even muster the support to pass very basic tax incentives for renewable energy projects, we need to use the tools we do have. And as usual, those are on the state level where policy makers actually recognize the enormous benefits to fostering innovation in clean energy.