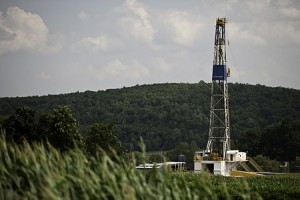 Love it or hate it, there’s no denying that the U.S. is in the midst of a shale gas boom. Armed with a horizontal drilling technique that allows companies to access natural gas trapped in shale formations, the industry’s production has surged and prices have fallen to historic lows.

Supporters often hail shale gas as a miracle of the free market — a product of enterprising risk-takers who commercialized fracking techniques without government help.

Except that’s not entirely true.

If we look at the history of how horizontal drilling techniques were commercialized, we find a strong base of government support through R&D, mapping techniques, cost-sharing programs, and billions of dollars in tax credits. The Breakthrough Institute wrote a report on this support last year showing how decades of federal support helped businesses pioneer and commercialize new, risky drilling techniques.

The Associated Press published a follow-up story this week on the history of government support in shale gas. It illustrates the importance of federal assistance for new energy technologies. Along with establishing a tax credit for drillers in 1980 that amounted to $10 billion through 2002, the Department of Energy provided crucial technical assistance during times of failure:

“There’s no point in mincing words. Some people thought it was stupid,” said Dan Steward, a geologist who began working with the Texas natural gas firm Mitchell Energy in 1981. Steward estimated that in the early years, “probably 90 percent of the people” in the firm didn’t believe shale gas would be profitable.

“Did I know it was going to work? Hell no,” Steward added.

In 1975, the Department of Energy began funding research into fracking and horizontal drilling, where wells go down and then sideways for thousands of feet. But it took more than 20 years to perfect the process.

Alex Crawley, a former Department of Energy employee, recalled that some early tests were spectacular — in a bad way.

A test of fracking explosives in Morgantown, W.Va., “blew the pipe out of the well about 600 feet high” in the 1970s, Crawley said. Luckily, no one was killed. He added that a 1975 test well in Wyoming “produced a lot of water.

Steward recalled that Mitchell Energy didn’t even cover the cost of fracking on shale tests until the 36th well was drilled.

“There’s not a lot of companies that would stay with something this long. Most companies would have given up,” he said, crediting founder George Mitchell as a visionary who also got support from the government at key points.

“The government has to be involved, to some degree, with new technologies,” Steward said.

This is a hugely important message that we need to keep in mind today. Ever since the bankruptcy of a few clean energy companies that received loan guarantees — most famously Solyndra — some politicians and conservative organizations have called for an end to all government support for clean energy. Some are even calling for an end to the Department of Energy all together. (Oddly enough, many of these opponents fight for preserving billions of dollars in permanent tax credits for the oil and gas industry).
Whether they’ve truly fooled themselves or they’re just blatantly lying, these hypocritical free-marketeers are trying to convince Americans that government investments in clean energy are unique. In fact, all energy technologies — nuclear, coal, oil, and gas — have received generous federal support in order to bring them to scale.
According to an analysis from DBL Investors, federal support for oil and gas was five times greater than federal support for renewables during the first 15 years of available subsidies. The support for nuclear was more than 10 times greater than renewables.

There is a legitimate debate to be had about the extent of government support and the types of mechanisms we should use to deploy and commercialize new technologies. But there shouldn’t be a debate on whether that support should exist at all.