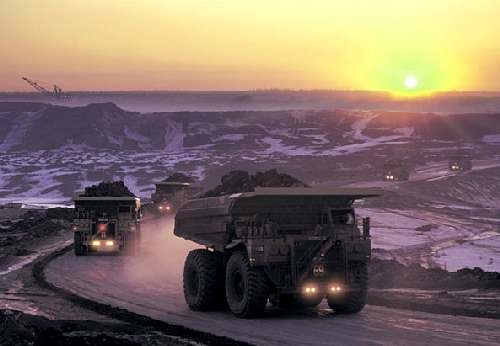 In a huge win for congressional Democrats and green groups who oppose it, the Obama administration is expected to announce today that it has killed the Keystone XL pipeline, a proposed use of US lands to allow dirty tar sands crude oil to be sent across US soil to the Gulf Coast for processing into usable oil for shipment to world markets.

The Keystone XL is not just another pipeline, but the ominous start to world reliance on the last drops of a much dirtier form of oil, with up to ten times the greenhouse gas emissions of conventional oil, because of the vast amounts of energy and water needed to extract small amounts of deeply integrated bitumen from rocks.

Environmentalists oppose oil sands development due to the fuel’s greenhouse gas emissions that are much higher than conventional oil, and local groups along the way also join them in opposing the pipeline on grounds of the health and safety risks posed by potential spills.

What is more, the potential to end the practice is high, as it has few ways out of Canada for refining into usable gasoline for world markets, and some of the other routes have also been blocked by local opposition by tribal members.

As Greenwire puts it this morning “the specific phrasing of today’s expected rejection, and the next moves made by congressional Republicans, as well as Alberta-based TransCanada, are likely to deliver new twists as the 1,700-mile oil link becomes an even bigger symbol in the near-tribal clash between the parties and their allied interest groups over long-term U.S. energy policy.”

The decision is a significant win for Democrats in congress. “We believe that the Keystone [XL] tar sands pipeline poses a serious threat to the environment and public health that cannot be mitigated by the benefits of the project,” wrote Vermont Representative Peter Welch who spearheaded the Democratic entreaty. His fellow signatories included virtually all the Democrats, including co-author of the Pelosi era Waxman-Markey climate bill, Massachusetts Democrat Ed Markey.

Republicans claim they support the pipeline because it will “create jobs,” but have not evidenced any interest in any other job creating legislation. The jobs claim is questionable, as pipeline construction is inherently temporary work. A new study has shown that the clean energy alternatives that the Obama administration have already put in place will create 11 times as many jobs as Keystone.

The tar sands have already cost Canada membership in the Kyoto Protocol, when, unlike the EU it failed to create jobs in clean energy, and instead developed the dirty industry, and now owes the EU $13 billion for failing to reduce its harmful greenhouse gas emissions.

It has also cost the nation its reputation for intellectual integrity. It recently resorted tosilencing its climate scientists as former President Bush did, and even worse: those who spoke out on climate risks have been fired.

And, most ignominious of all, Canada was last year reduced to a silly squabble on Saudi TV networks over whether its oil was “ethical oil” because the Saudis produced oil in a country that denied women the vote, to muddy the fact that as bad as Saudi oil is, from an ethical standpoint, Canada’s is surely worse, since it has ten times the greenhouse gas emissions.

The King of Saudi Arabia then promptly granted the vote to Saudi women, (in probably the first time in history that voting rights were granted in a trade dispute!) ending the supposed reason for buying dirty tar sands oil from Canada.