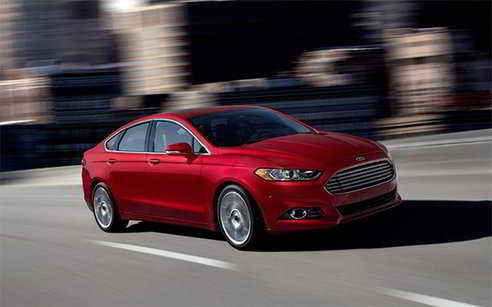 While official EPA mileage numbers haven’t been released yet, Ford is saying that their updated hybrid will get 47 mpg city and 44 mpg highway, which is a nice jump over the older Fusion hybrid’s 41 city, 36 highway mpg EPA rating.   Ford’s getting this mileage boost by mating a 2.0 liter Atkinson-cycle gas engine with their third generation hybrid electric drive which contains new software and hardware improvements over the older models.    Ford is also claiming an improved regenerative braking system that captures up to 95% of the kinetic energy created when you brake.    The energy captured is used to recharge the lithium-ion battery system.

As far as the new PHEV Fusion Energi goes, Ford hasn’t released too many details, but they are saying that the Energi should achieve up to 100 miles per gallon gasoline equivalent (MPGe).